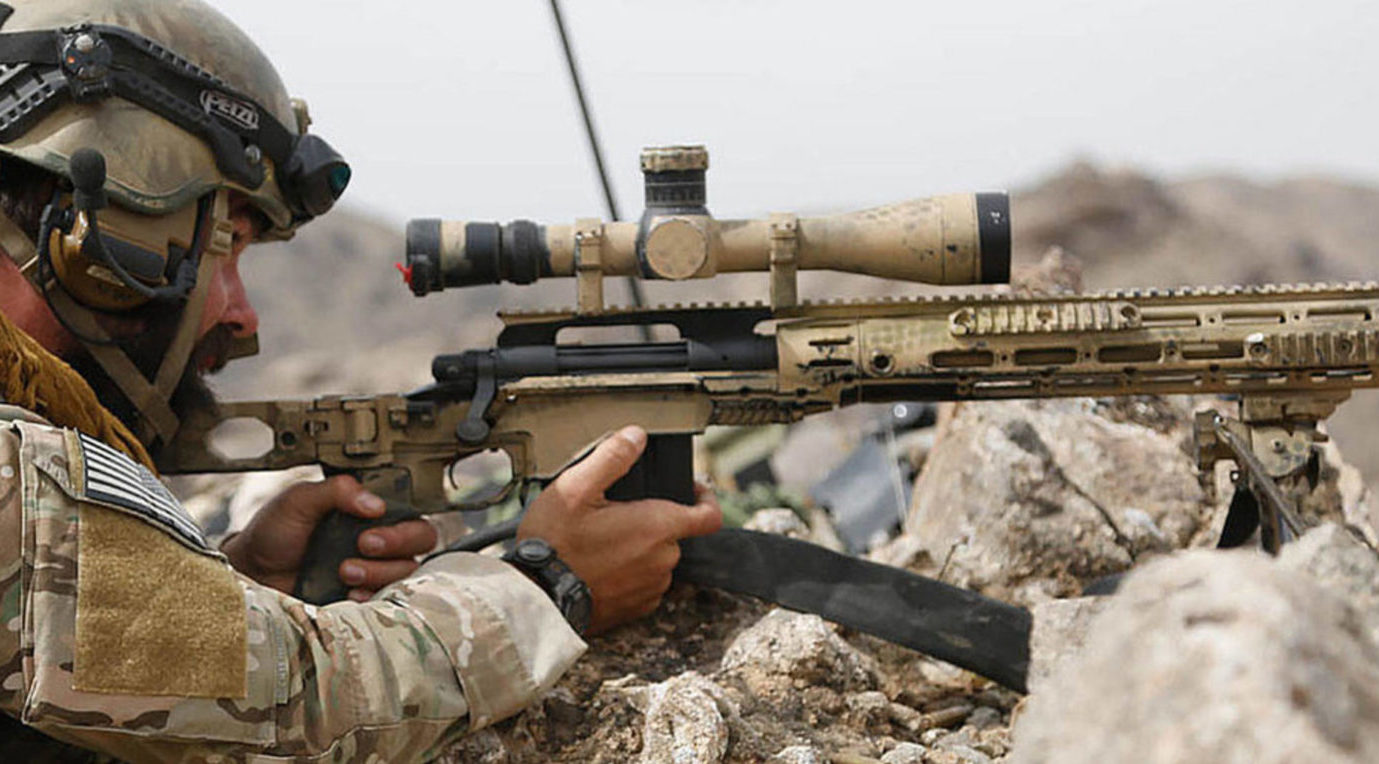 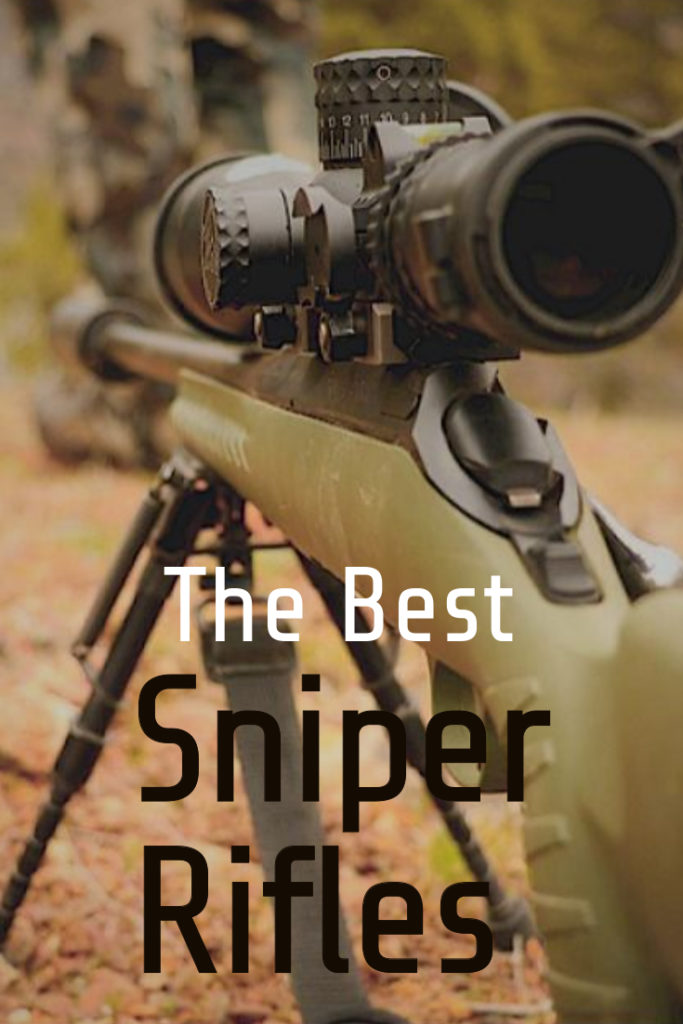 Are you a rifle nerd? A passionate long-range marksman? You’ve come to the right place. Today, we’re introducing you to the best sniper rifles on the market today: 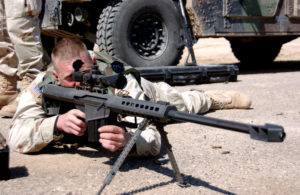 The Barrett M-82 first entered service in 1982, as you can probably guess from the name. It was developed by the Barrett company, but has become standard military issue in American as well as international armed forces.

M-82’s saw their first deployment with Sweden’s Armed Forces at the end of the 1980’s, and then caught on quickly with American military units in the 1990’s. To this day, the M-82 is in service in more than 50 countries around the world. It is also used by law enforcement for long-distance engagements.

The M-82 is distinctive for its sheer power, as well as the size of its munitions (.50 BMG). Those gun nerds among you will recognize that as the same size cartridge used in the Browning M2 machine gun. The Barrett is remarkable for integrating that massive cartridge into a smaller, lighter weapon.

It also has a recoil reduction system that remains innovative even decades later. Its muzzle brake absorbs more than 2/3 of the recoil force produced when firing the weapon.

It was actually designed more as an anti-equipment weapon, rather than something to be used against enemy personnel. It can indeed be successfully used to destroy parked planes, helicopters, trucks, and so on from a great distance. Since it’s powerful enough to punch through brick and concrete walls, it can be used against both personnel and materials under cover![/vc_column_text][/vc_column][/vc_row] 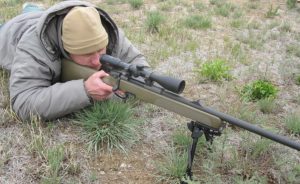 The Steyr is a sniper rifle developed in Austria during the 1960’s. Despite the fact that it looks much like a common hunting rifle, it was intended as standard military issue in that country. Much like the Barrett above, the Steyr quickly caught on around the world. It continues to be used to this day, though it was replaced in production during 2015.

The SSG 69 deserves its place in the rankings for many reasons. Not least of those is its incredible longevity. This is a rifle which was produced without any design changes for over 4 decades. That’s due in large part to its forward-thinking design, which was one of the first to incorporate lightweight synthetic components and cold hammer-forged barrels. Between the design innovation and excellent track record for field performance, it was hard to beat.

Another advantage of the 69 was its impressive efficiency. More modern weapons which perform about the same can often weigh twice as much or more.

Most impressive of all (for its time, at least) was the superb accuracy the 69 achieved using .308 Winchester cartridges. It was one of the only rifles at the time to be sub-0.5 MOA accurate. As such, it could be reliably effective out to 800 meters.

Accuracy International is one of the most prominent manufacturers of sniper weaponry today. This Magnum model is a superpower version of their popular Arctic Warfare weapon. As you can probably guess, it’s been overhauled to work with Magnum-type cartridges, particularly .00 Winchester’s or .338 Lapua’s (depending on military requirements).

It was first produced in 1996, and continues to be used in as many as 18 countries to date. It was one of the most popular choices in the world until fairly recently. Indeed, it was primarily this weapon that was used by snipers in the early stages of the Iraqi and Afghan campaigns of the early 21st century.

The .338 Lapua version is by far the more powerful of the two Arctic Warfare Magnum’s. It has a comparable effective range to the .50 BMG cartridge, but due to the lower kinetic energy and penetration power is more practical for targeting combatants rather than materials. Despite that spec difference, though, it can still punch through armored glass!

The Arctic Warfare Magnum has earned its place in the history books by being the weapon used to set the longest-range kill as of 2009. While the record has since been surpassed, Craig Harrison of the British Army killed two Taliban combatants at nearly 2500 meters using this weapon.[/vc_column_text][/vc_column][/vc_row][vc_row][vc_column][vc_column_text]

While the Barrett M-82 has remained the more popular weapon, the M-95 is without a doubt a better weapon. It was introduced in 1995, as you’d expect, and was intended to be a replacement to the older rifle.

Among the key upgrades seen with the M-95, it has a lighter and more compact design. It also integrates a pistol grip to give better clearance around the magazine. Overall, it’s more comfortable to use and to carry. It can also be taken apart and put together in under a minute. Since that’s so fast, and since no tools are required, it’s much more convenient in the field.

It retains the immense power of the M-82, as well. The M-95 can punch through walls and work as an anti-material rifle. The difference is that its compact frame and convenience also makes it just as easy to use against enemy combatants. It’s often used for both purposes today.

While the US Army never adopted this (opting instead for the older M-82), it’s still quite popular overseas. Many European countries use the M-95 instead. It’s easy to see why, since the M-95 costs ~30% less and is arguably better in every respect.

SAKO is a Finnish weapons manufacturer which is seriously underrated. This rifle is instantly recognizable for its pistol grip. While most pistol grips are situated at a 45-degree angle or similar, the SAKO’s grip is close to a right angle from the stock.

In terms of performance, this gun is fairly comparable to the Accuracy International we’ve already looked at. It can shoot either .300 Winchester Magnum’s or .338 Lapua Magnum’s, much like that weapon. It’s effective out to 1500 meters, but has been used at even longer distances.

One other unique aspect of the SAKO is its green stock option. The vast majority of sniper rifles are nearly or all black. This one comes in a distinctive green as well as black finish.

Ready to equip your own sniper rifle with a long-range optic? Head over to our buying guide to find reviews of the best sniper rifle scopes on the market!